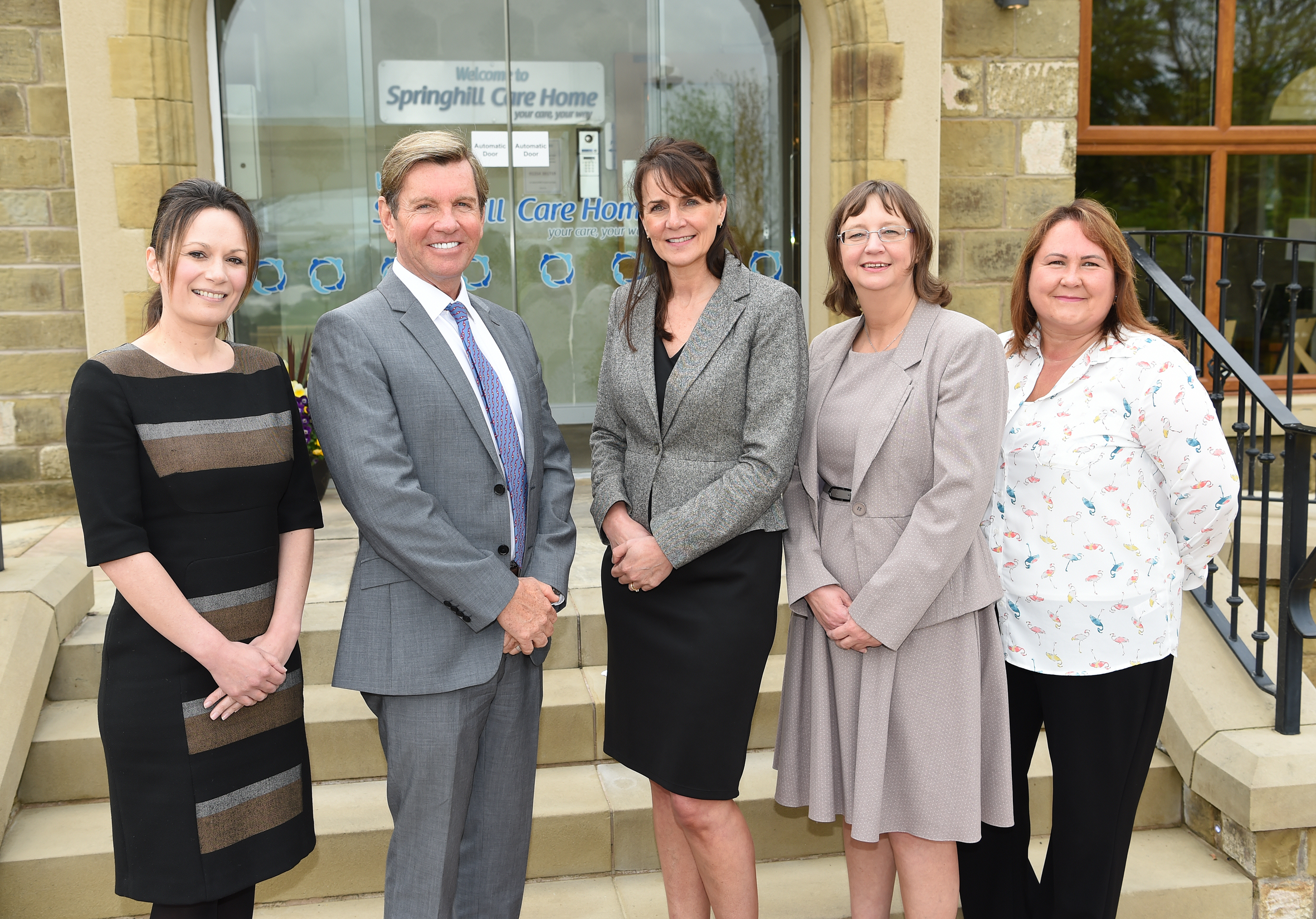 Springhill Care Group has been awarded the prestigious Platinum award from Investors in People – the highest accolade that can be achieved through the scheme held by only two per cent of all organisations which have been assessed.

Assessors highlighted the ‘high performing’ organisation for how it has further strengthened its organisation since it was awarded a Gold standard three years ago to join only two per cent of IIP accredited clients to achieve Platinum.

The IIP report said: “Evidence was presented of significant development in its approach to innovation and continuous improvement. The working environment developed as a result of the effective leadership approach has been fundamental to the creating of a high-performance organisational culture.

“Both managers and staff across all three nursing and care homes within Springhill Care Group described how they experience very effective leadership through a very inclusive and collaborative leadership style. People described how everything they do and the way they do things is driven by the company values. This starts with values-based recruitment.”

The efforts of the care group have been captured in a video for Investors in People North of England as a case study to showcase the company’s journey and achievement. The film, produced by BellyFlop TV on behalf of Investors in People North of England, will showcase the care group and its IIP journey to other organisations interested in the Standard and will be an example of how IIP has been embraced to achieve sustainable success.

Built on the three pillars of leading, supporting and improving, the IIP framework sets out what it takes to deliver a people management system that enables organisations to succeed by realising the potential of their people.

Donna Briggs, managing director of Springhill Care Group, said: “This is great news for all staff because they help to make us the organisation we are. I’d like to thank our staff team for creating the culture of excellence we have which ultimately ensures that the quality of care for our residents is second-to-none.”

Chris Jones, Director of Operations at IIP, said: “Platinum is our highest award and recognises high performance achieved through integrated people practices. Springhill Care Group first achieved Investors in People in 1995 and since then we have seen the group go from strength to strength.”

The assessors cited examples such as the Admiral Nursing Programme offering guidance in dementia care and programmes developed in the Assistant Nursing Practitioner and Teaching Homes programmes.

Investors in People (IIP) is an internationally recognised accreditation held by 14,000 organisations in 75 countries across the world. The Standard sets out what it takes to lead, support and manage people well, with businesses assessed against a strict set of criteria.