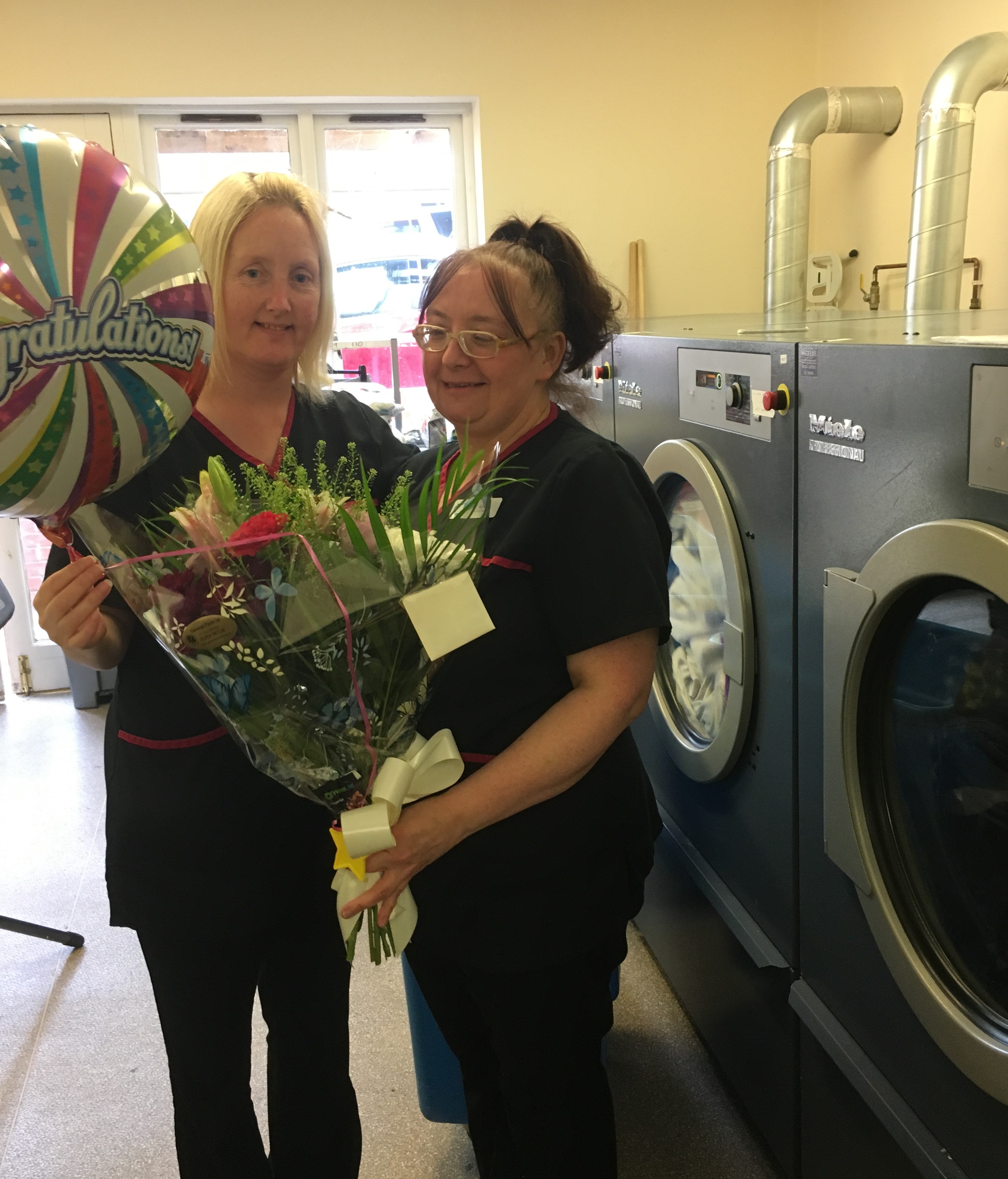 Kim joined Springhill Care Home on April 3, 1999, working in the laundry.  Following some time spent with the housekeeping team, she re-joined the laundry staff some years later.

During her time at Springhill, Kim, who lives in Accrington, has seen the home grow from 75 bedrooms to 110, but describes it as ‘one big happy family.’

She plays a vital role here at Springhill, and we’d all like to say congratulations!