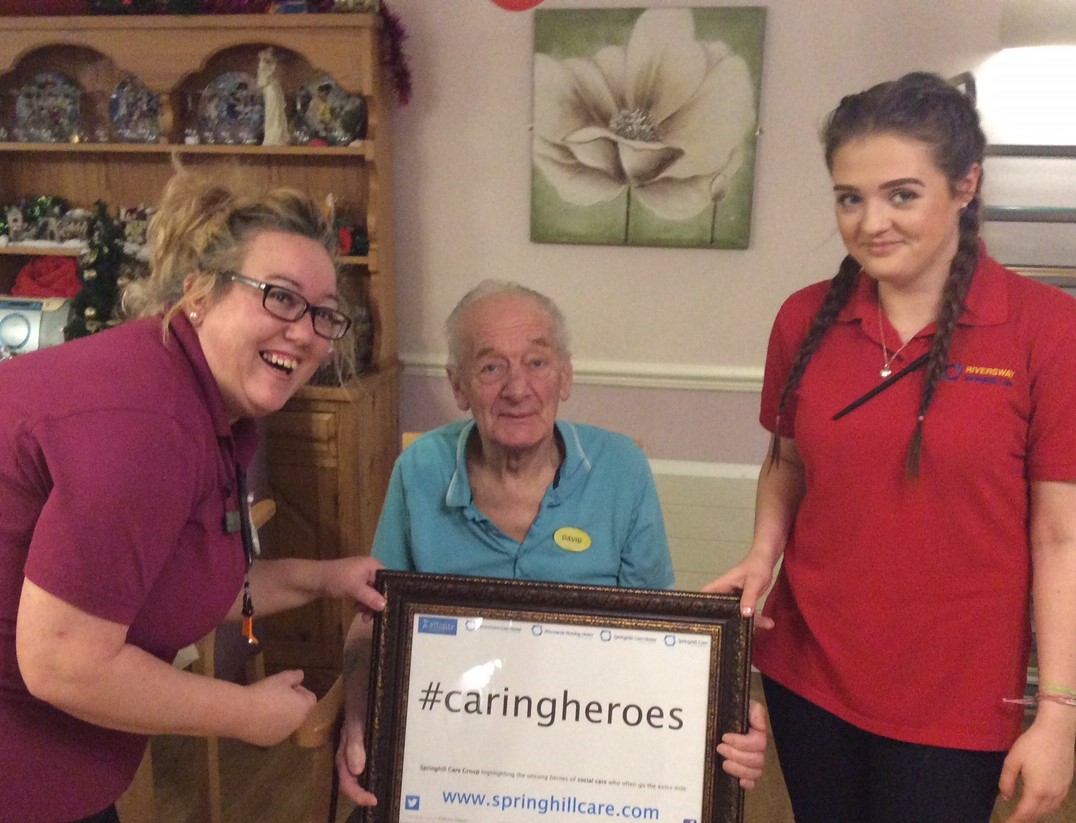 Riversway resident David has been named a Caring Hero for the time he spends helping both carers and residents at the home.

David, who joined Riversway in March, is especially helpful when we are touring the home with a tea trolley.

We’ve all seen David’s happy and helpful approach and there is no doubt in our mind’s he’s a true Caring Hero. 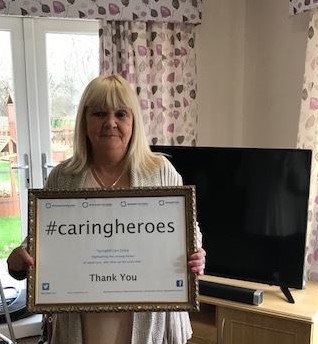 Barbara, who has worked at Birch Green for 10 years as a laundry assistant, was nominated by relatives of our residents.

She always goes out of her way to make sure residents are happy, takes pride in her work and is always on hand to help – whether it’s residents, families or staff that need support. 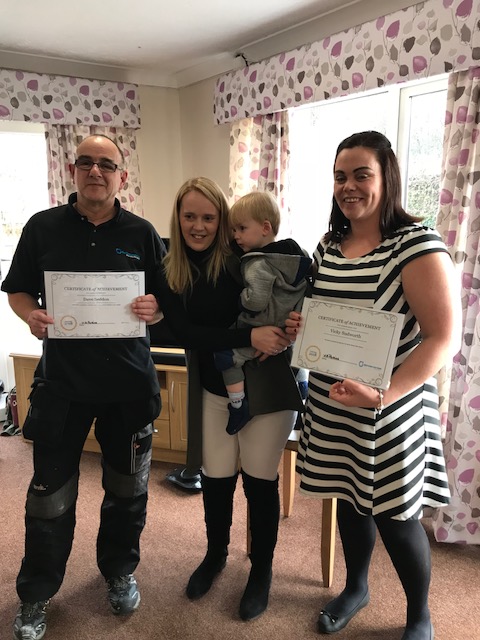 Two members of staff from Birch Green Care Home in Skelmersdale raced to their colleague’s assistance after hearing she had been involved in a car accident.

Sam Bagnall, an activities coordinator at the home, was hurt in a road accident before Christmas, suffering injuries including a broken foot and head wound.

The Caring Heroes campaign was created by the Springhill Care Group – Birch Green’s parent company – to recognise the work of those in the care sector who go the extra mile to support the people they care for and make a difference to their workplace and colleagues.

Those nominated receive a certificate and pin badge and their work is highlighted by the group.

When Vicky and Dave heard Sam had been hurt, they drove to the scene to help support Sam. Several weeks later she is still recovering from the accident, and thanked her colleagues for helping her.

Sam said: “I really did appreciate their help, and after something like that happening it was just great to see a familiar face.

“Vicky and Dave didn’t need to come and help, and the fact they did speaks volumes about how we think of each other at Birch Green.

“We’re all very close here and the staff and residents are more like friends and family members, which is what makes it such a great place to work.”

Vicky Sudworth, Acting Manager of Birch Green, said: “We couldn’t believe it when we got the call from Sam to tell us she’d been in a car accident and was hurt.

“Dave and I just knew we should try and help so jumped in the car and set off. It was a total surprise to be given this Caring Hero award and I know both of us would do the same thing again in a heartbeat.”

Since it was launched The Caring Heroes campaign has received the backing of MPs and the wider care industry. Activity can be followed on social media using #caringheroes 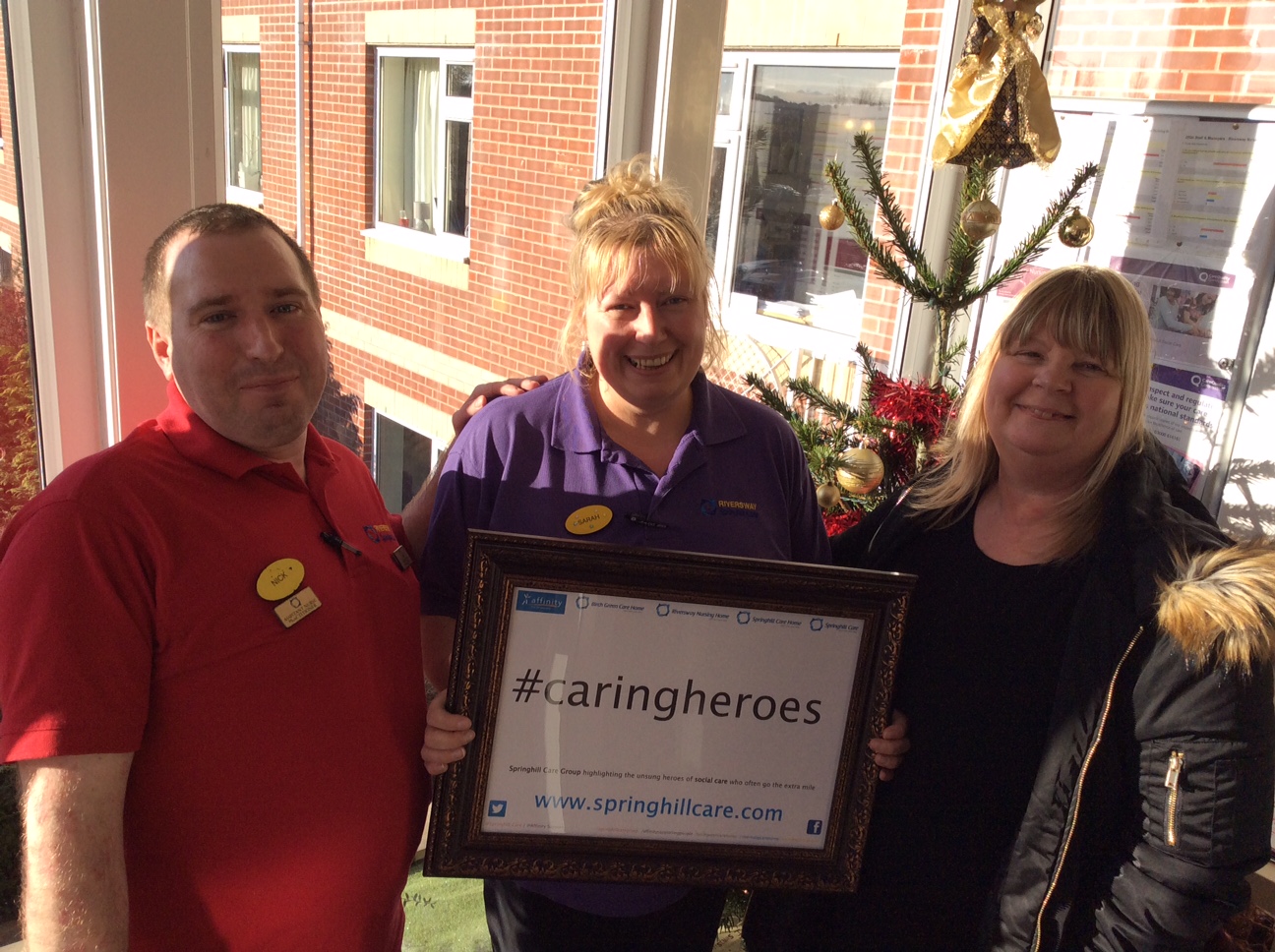 Sarah was nominated by her team because she was so caring and loving towards one of our residents when she needed a trip to hospital recently.

She really went out of her way to help the resident and show how much she meant to her, going the extra mile to offer comfort and support.

Sarah’s whole team recognises that she is a role model of loving care. Congratulations Sarah, you’re a Caring Hero! 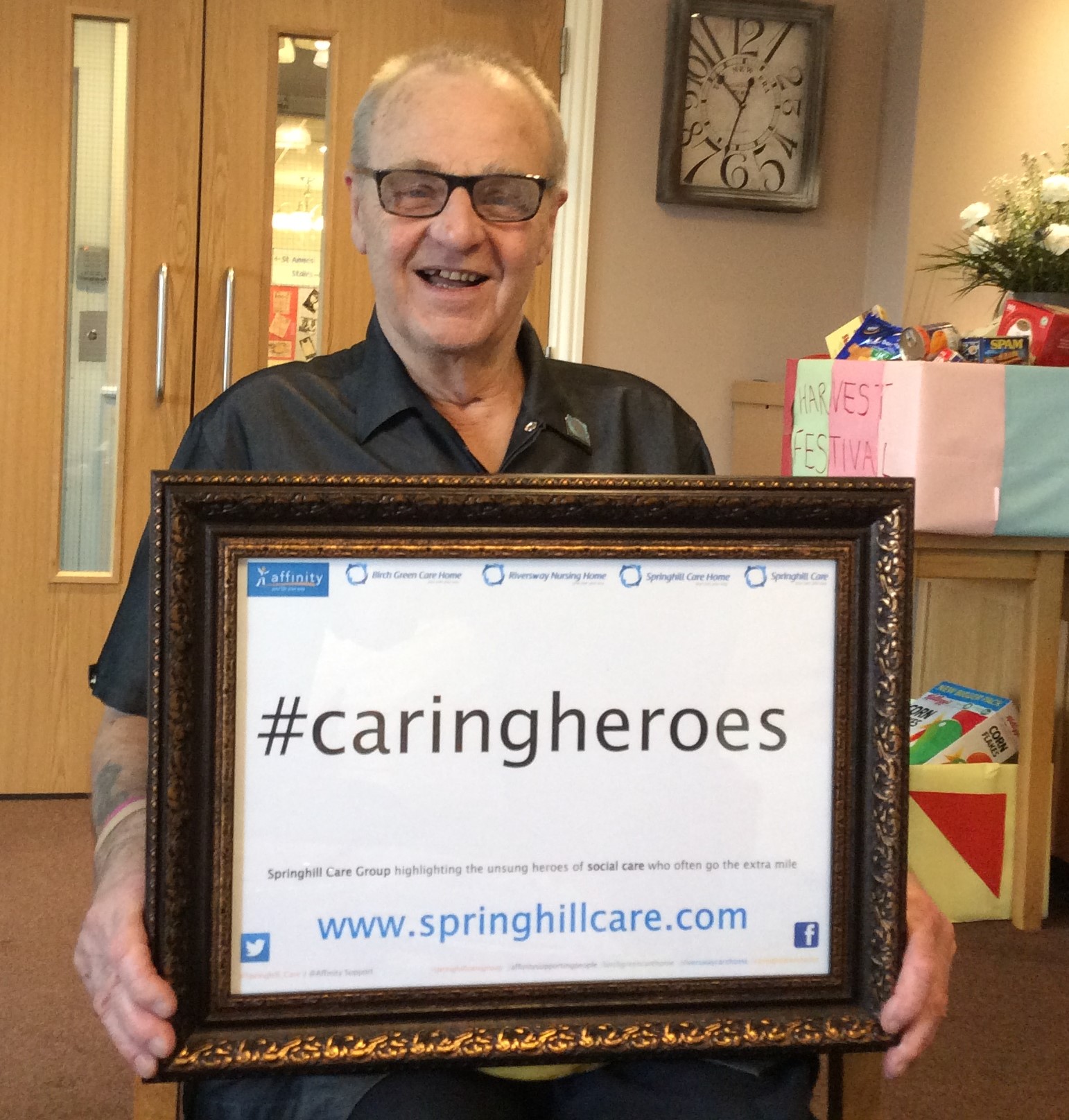 Our latest Caring Hero nominations are for resident Stephen and Ed Robinson, husband of our resident Iris at Riversway Nursing Home. 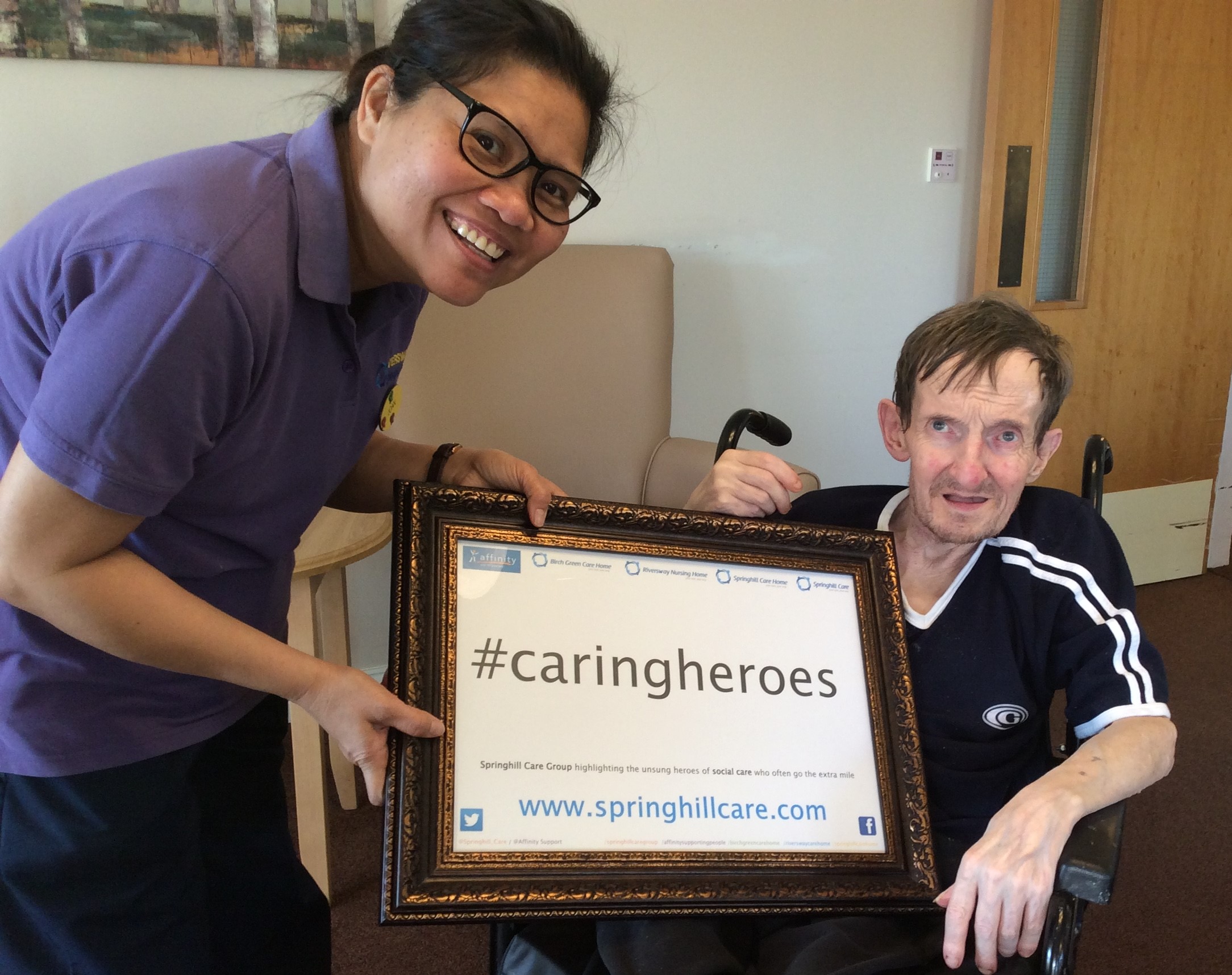 d Robinson was chosen because he is so dedicated to his wife’s care that he practically spends 24 hours with her. Ed is very helpful around Riversway, making the lives of all run smoothly, he is also a very active attendee at our events and the Forget me Not café.  He truly understands how to care for someone with compassion.

Resident Stephen (photographed) came to the rescue recently when his neighbour at Riversway, Bob, needed some assistance. He’s a real character and a super fan of Bristol Rovers, so this month we’re all shouting out our support and admiration for him too.

Stephen and Ed are valued members of the Riversway team and we can’t thank enough for all they do. They truly are Caring Heroes.